Analysis of Minority women in Leadership through Lens of History

Minority groups have faced various challenges and tribulations for so many years concerning access or exercise of leadership roles. In particular, the women of colour have been underrepresented in leadership due to systematic and institutional discrimination factors. Some of the common grounds argued by various critics include, that black women do not ask for whatever they need in the workspace, such as equal pay with male counterparts. Also, others argue that minority women do not fight enough for career progression opportunities in the organization hierarchy. At the same time, others propose that minority women are held to higher standards as compared to men in the same ranks. Further, the of bias towards women of colour in leadership reveals showcases how it has impacted the social issues in the way they are perceived by society.

Furthermore, in comprehensively understanding how the bias in minority groups leadership has been perpetuated over the years, it is paramount to understand the concept of historical lenses in its various dimensions. Throughout history, the social issues that relate to the role of women in the family as caregivers are closely related to the overall perception by society. Through the realm of the historical lens, we can determine the cultural and social biases towards the minority groups’ women. Therefore, various pre-existing accounts of experiences of black women in the past tend to inform the current state of their level of influence in leadership.

Thus through the historical lens, we can determine how the bias and discrimination that women of colour face with regard to leadership on various institutions. Black women have always been compelled to work harder in relation to other women groups for many years. As a consequence, the work expectation is highly linked to the longstanding prejudices that are gender and racially inclined since time immemorial. More specifically, the bias has been inherent extending to the period of slavery, which has been perpetuated to the current era. Socially, black women role in leadership was highly pegged in part due to the less-privileged status when compared to other groups such as white women. As such, the ones who were promoted within the angle of social hierarchy were historically expected to exhibit a paternalistic feminine persona mainly based primarily for their work at home.

Historical evidence indicates that black women are relegated to jobs that are minimally paying.  As a consequence, they cannot easily have a voice or say in leadership. Historically, minority women have been forced to endure legal restrictions that were used against all women with regard to access to influential leadership roles and well-paying jobs. The jobs and influential positions were largely a preserve of men. Also, these historical prejudices have continued to be placed upon black women when it comes to leadership and hence devalued their worth as able workers and their social status as women. As a result, women from minority groups role and participation in leadership have been curtailed and limited.

Likewise, there is historical stereotyping that has been perpetuated that black women are not hard workers as a consequence of their poor work ethic and attitude. In addition, the historical prejudices hold that black women resist the notion of working hard as they rely on their husbands or male figures and hence must be pushed to work. And because of this, the black women do not deserve to have a place at the leadership table or well-paying jobs.

Historically, it is documented that in the era of slavery, black women underwent sexual abuses and exploitation in their provision of labour and therefore, a majority did not have access their caregiving rights to their children. This has been extended to the point of relating black women with caregiving jobs which are viewed to be not well paying. Again, it is documented that black women with children are the ones who work in caregiving jobs. Furthermore, black women have also continually faced occupational segregation that limits their chances at leadership. In various work fields or corporate environment, black women are placed in roles and jobs that substantially curtail and diminish their level of career mobility.

In addition, even in instances where the black women are held in jobs that are predominantly male-centric or held by white workers, and therefore promoted in the career ladder in leadership roles, the black women also face institutional ingrained biases and hence resistance since many people do not view them as traditionally befitting for the roles. Also, apart from the aspect of perception, many people use previous male efforts as the benchmark of success, which is essentially a narrow-based view which further perpetuates the culture of prejudice limiting the minority women options and chances at leadership. This is highlighted well by a quote from the movie ‘Hidden figures’ which exposes the tribulations faced by women who went to the moon. One of the characters in the movie mentions that “Every time they as black women get a chance to get ahead, they move the finish line”. Thus, the statement means that the efforts of the women are not appreciated or recognized as minority women in their achievements.

The concept of humanities lenses is based on the study of cultures, society and human relationships that helps in understanding further how people live and aim to improve the status of their lives. Therefore, from the humanities perspective, the issue of bias of black women in leadership is also captured. Also, bias and discrimination is the opposite of diversity which proposes and encourages elements such as gender, race, culture and various inclinations such as creed in the work environment and institutions. Nevertheless, different institutions showcase different thresholds for diversity especially when it concerns the relations of black women to access to positions of leadership. In the United States, different institutions have continually perpetrated prejudice with regard to the treatment of black women. In addition, black women are expected to behave differently as compared to white women in various organizations determining their chances at positions of influence.

Also, the concept of diversity and expected behaviour of black women in the modern society is showcased by notable African American women such as Oprah Winfrey, Condoleezza Rice, Michelle Obama, Carol Braun just to mention a few. Oprah’s’ influential role for example in the media industry has shown the ability of black women in the media industry traditionally dominated by men. Her contributions have been massive in the media, and in her philanthropist role. While the others in the political institutions such as Mitchel Obama and Carol Baun used their roles to effect policy changes in their capacity as first lady and first female black senator respectively.

Culturally, In the United States for a long time, the black women have also been depicted as second class citizens and as such, were not given a right to vote until the Nineteenth Amendment to the United States. Likewise, in the economic realm, black women are also faced with the issue of glass ceiling which typically means that there are institutional barriers towards leadership positions and therefore they are limited at chances of advancement in the corporate world despite their inventive capabilities, skills, and qualifications for the roles.

In conclusion, the bias and discrimination that the minority women have faced from the historical and humanities lenses are vital in understanding the place and role of minority women in regard to service of leadership. It is important to understand the impact of the challenges black women face from the society and various institutions that determine their ability to thrive, the success of their families, and community. The disparities and biases range from issues such as the devaluation of work they do, gender and racial prejudices, perceptions on their leadership capabilities for certain roles, and occupational segregation.

Our essay writers are graduates with diplomas, bachelor, masters, Ph.D., and doctorate degrees in various subjects. The minimum requirement to be an essay writer with our essay writing service is to have a college diploma. When assigning your order, we match the paper subject with the area of specialization of the writer.

Why choose our academic writing service? 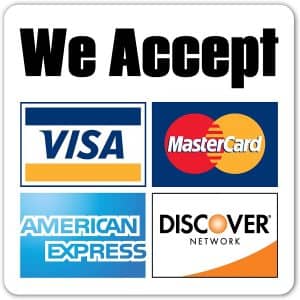